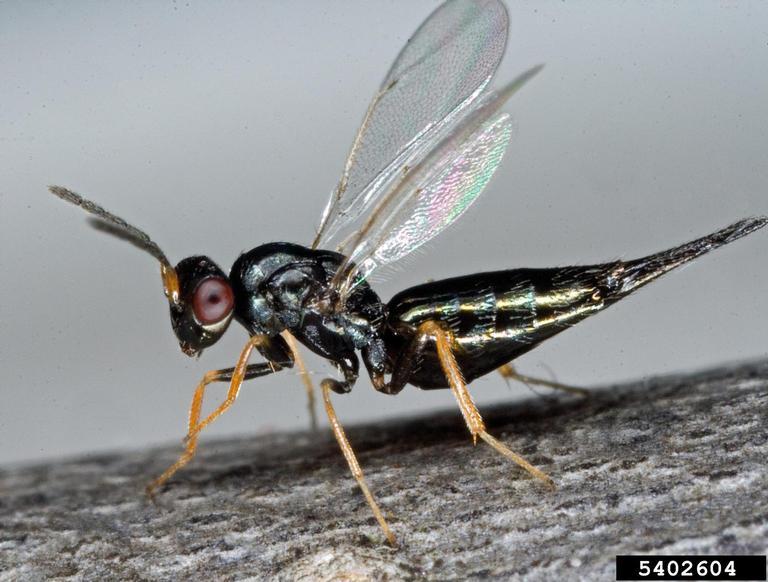 Once the emerald ash borer (EAB) became established in the United States, the USDA began exploring biological control options.  In China, scientists discovered three parasitoid wasps that attack EAB and keep the populations of that pest under control.  Parasitoid wasps are very different from the social wasps most people picture upon hearing the word "wasp."  Parasitoid wasps are tiny insects that attack only a very narrow range of other insects.  The female wasp finds her host insect and lays an egg on/in the host.  The wasp egg hatches and the developing wasp larva will feed on the host insect, eventually killing it.  Parasitoids are excellent options for biological control because they have such a narrow host range.

The USDA conducted extensive research on the three parasitoid wasps, two of which attack the larval stage of the EAB and one of which attacks the EAB egg.  After many years of testing, the USDA found that these insects would not have a negative impact on the ecosystems of the United States.  The wasps are now being reared in laboratories and distributed to states that are being negatively impacted by EAB.

It is too early to determine if the wasps have had an impact on the pest population.  However, for the last several years thousands of these wasps have been released in EAB-infested sites throughout Kentucky.  We are hopeful that this biological control project will provide a sustainable method for controlling EAB and protecting ash trees in the state of Kentucky.

The Forest Entomology lab in the Entomology Department at the University of Kentucky has taken over the management of this project.  This lab has found that some of the wasps have successfully become established in Kentucky which is the first step in successful biological control! 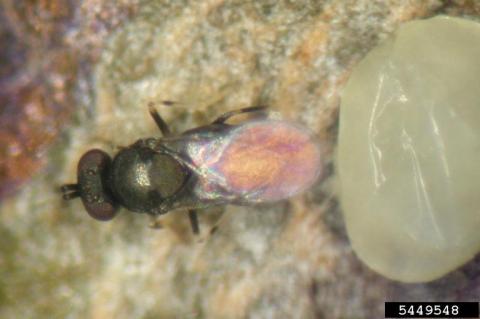 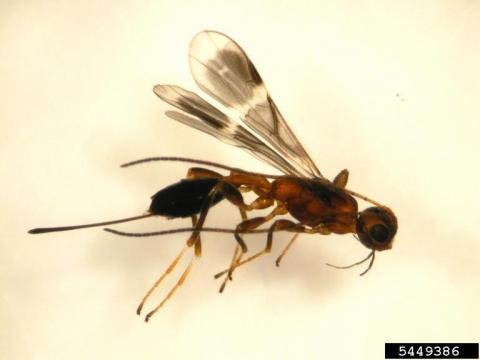