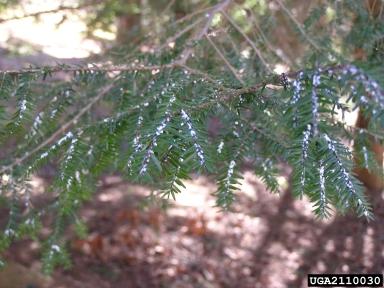 There are approximately 6.6 million hemlocks in Kentucky, 98% of which are located in the eastern one-third of the state.  These hemlocks are all at risk of being attacked by the hemlock woolly adelgid (HWA) which is a serious threat to Eastern and Carolina hemlock trees of all sizes.  These tiny (1/16 inch) insects cover themselves with a white wool, hence the name.  Feeding by this pest causes grayish-green foliage, premature needle drop, thinned crowns, branch tip dieback, and eventual tree death.  Since the first report of this Asian pest in the eastern United States in 1951, HWA has become established in about half of the native hemlock range in the eastern United States and has killed about 90% of the hemlocks in Shenandoah National Park in Virginia.

This devastating insect was first discovered in Kentucky in April of 2006.  Since then, forests in eastern Kentucky have been extensively surveyed for HWA.  These surveys have led to many new county records for this pest.

Since 2014, our colleagues at the Kentucky Division of Forestry (KDF) have been heading up the surveys for this pest and have established Hemlock Conservation Areas in which they treat hemlock trees with checical insecticides to protect the trees.  You can see the most recent KDF map from 2018 at the bottom of this page. 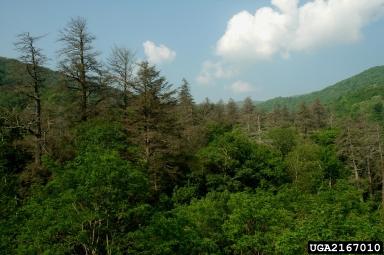 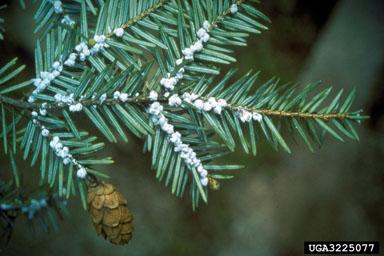 The map below shows the first find of HWA in Kentucky, at Rebel's Rock in Harlan County in April 2006, and other positive sites later discovered that same year. 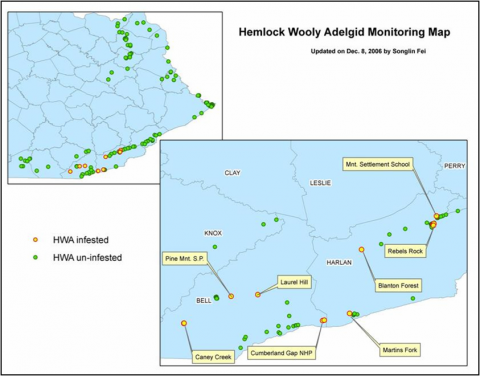 Below is the latest map generated by the Kentucky Division of Forestry. 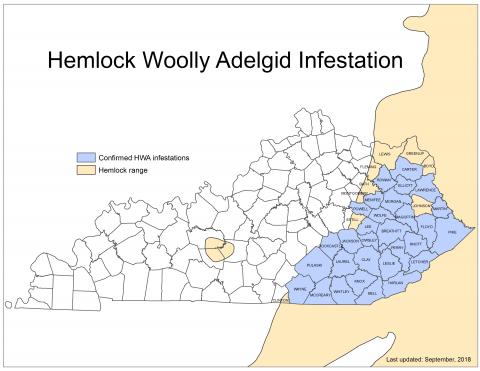