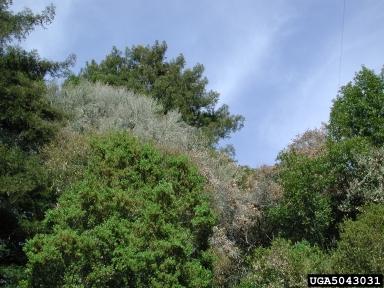 Since 1995, large numbers of oaks and tanoaks have been dying in California. Many other types of plants have since been found to be infected or associated with this disease, referred to as sudden oak death, ramorum leaf blight or ramorum dieback, or by regulation as Phytophthora ramorum. Since April 2004, the disease has been confirmed in  numerous West Coast counties.

Kentucky has been identified as a high risk area for sudden oak death because of the extensive oak forests within the state.  This could have a severe effect on an economy that depends on the revenue generated from the sale of logs and wood products.  Detections in nurseries that ship widely throughout the United States have increased concerns that this disease could appear in other U.S. nurseries and hence move to susceptible species in the surrounding environment. To address these concerns and because of the potential and documented movement of the disease on nursery stock, we will survey nurseries in Kentucky for the presence of sudden oak death (Phytophthora ramorum) as part of a national survey for this disease. 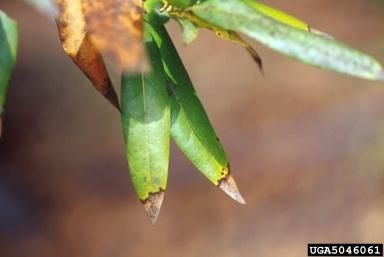 23-25 nurseries will be selected for an intensive sudden oak death survey. High risk genera (Camellia, Rhododendron (excluding azaleas), Viburnum, Pieris, and Kalmia) will be intensively examined.  Plants will be visually inspected for symptoms and samples of all suspicious plants will be taken (at least 5 symptomatic leaves and/or stems per sample) and processed at the University of Kentucky Plant Pathology Diagnostic Laboratory in Lexington, KY.  If the nurseries have drainage ditches, ponds used for irrigation, or other bodies of water, we will employ another technique used to detect this disease:  water baiting.  We will place field-collected Rhododendron leaves in mesh bags, float them in the body of water for a period of several days, then submit them to the plant pathology lab for testing.  In addition to the 23-25 nurseries selected for the survey, nursery inspectors from the University of Kentucky will examine high-risk plants during all nursery inspections and submit any suspicious samples. 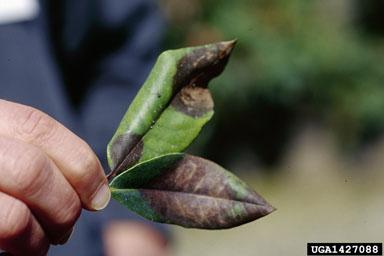