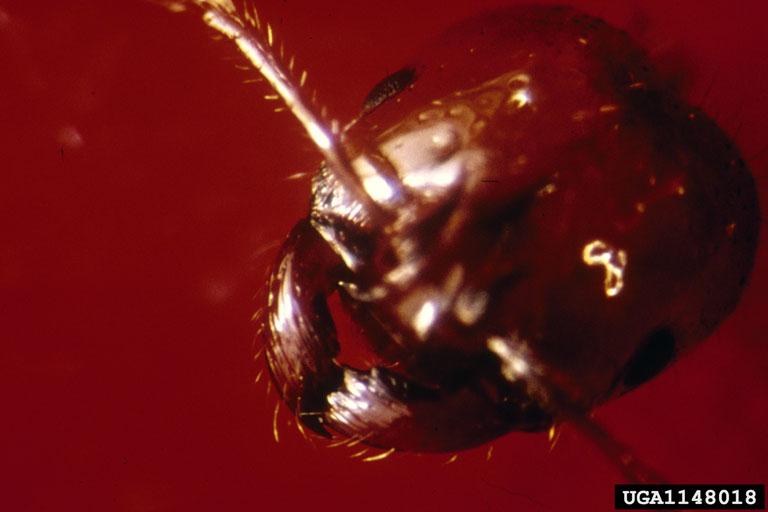 In October 2009, suspect red imported fire ant (RIFA) mounds were detected near a retail nursery in Murray, Kentucky in Calloway County.  Nursery inspectors and the county extension agent subsequently treated the mounds with insecticide bait and collected specimens for identification.  The ants were confirmed to be RIFA by a USDA identifier on October 8, 2009.  Nursery inspectors visually surveyed the field and roadside and treated all active mounds with insecticide bait. 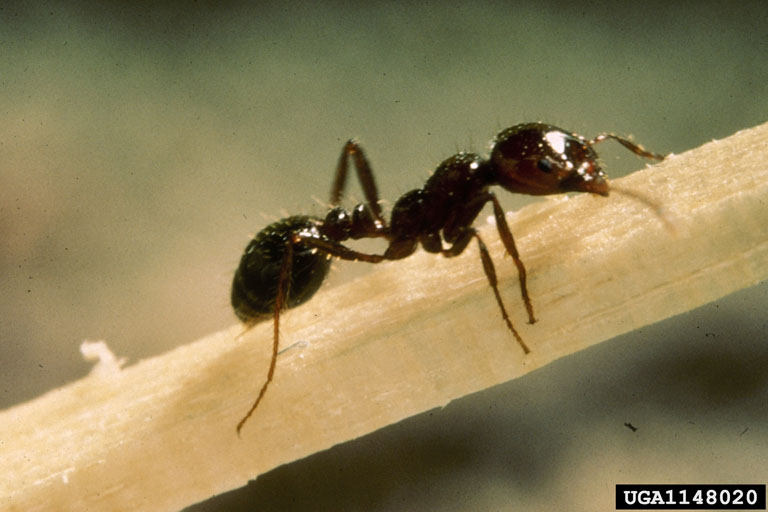 Due to Kentucky's close proximity to areas of Tennessee which are infested with imported fire ants, we have had to address other infestations as they've occurred.

We treated the mounds and returned to survey the treated areas as well as many sites throughout western Kentucky that appeared suitable for fire ant establishment.  We used a combination of visual surveys and trapping using baited canisters in areas where mounds were previously treated.

On October 22, 2014, we discovered a suspect mound in Trigg County.  Samples were submitted and confirmed to be imported fire ants.  We treated it and continue to survey all areas with previously-treated mounds and well as other sites throughout western Kentucky.

In 2015, we treated two mounds reported by Land Between the Lakes personnel.  We treated the first mound on May 19-20, 2015.  We collected ants and sent them for identification.  Based on the condition of the sample, the identifier could not be positive, but he strongly suspected black imported fire ant,Solenopsis richteri.  We treated a different mound on August 1-2, 2015 and prepared a sample for cuticular hydrocarbon analysis.  The ants were positively identified as black imported fire ant.

In 2017, one site in Marshall County at Kenlake State Park was found to have 79 fire ant mounds.  The ants were determined to be red imported fire ants.  The area was treated in September 2017 and when the site was revisited in October, 20-30 mounds were found, so the treatment was working.  The area was treated again at that time.  During a visit in October 2018, 0 mounds were found at this site.

No mounds have been detected during surveys conducted in 2019 and 2021.

The map below shows all fire ant mounds detected and treated with involvement from our office since the year 2000. 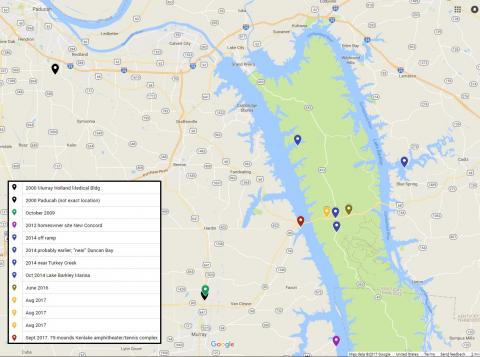 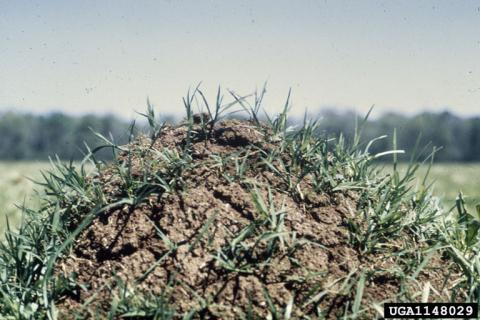 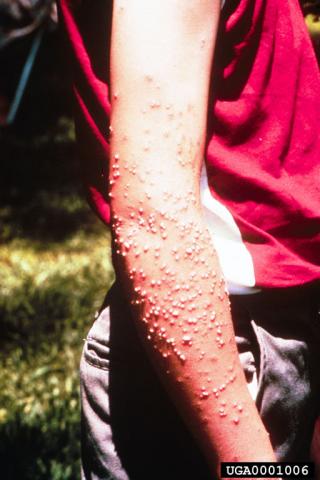