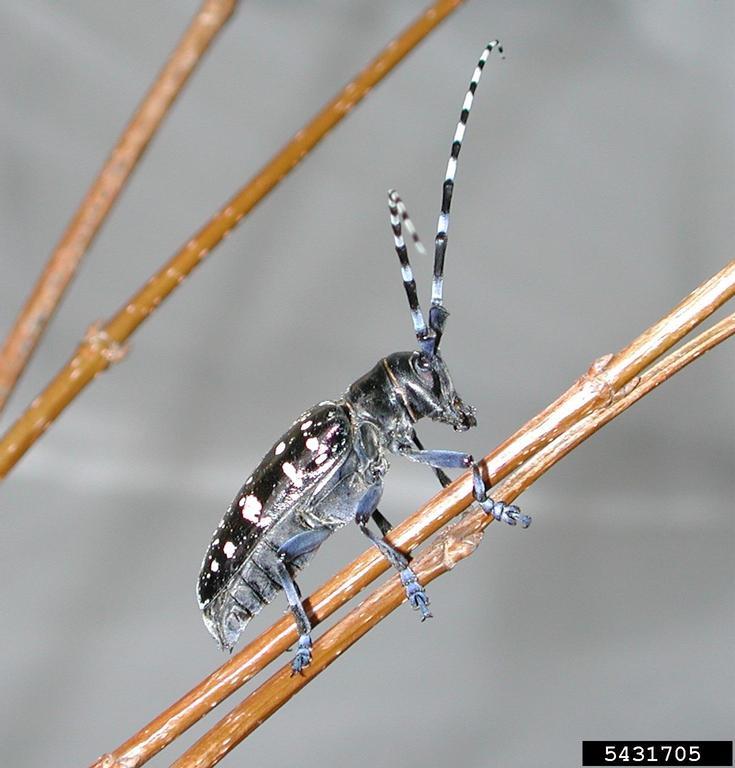 The Asian longhorned beetle (Anoplophora glabripennis) is a large (1 - 1.5 inches long) black beetle with white spots that is native to Asia.  It was discovered in the United States in 1996 in Long Island, New York with subsequent infestations in Chicago, other locations in New York, Massachusetts, and New Jersey.  Eradication efforts have been successful in some of these locations.  Unfortunately for Kentuckians, the beetle was most recently detected in southeastern Ohio in June 2011.

This beetle was detected in South Carolina in 2020 which demonstrates that everyone must be vigilent in looking for this pest.

Unlike the emerald ash borer, which attacks only ash trees, this beetle will attack a wide variety of hardwood trees including maple, boxelder, birch, horse chestnut, poplar, willow, elm, hackberry, sycamore, mimosa, and ash.  The beetle larvae bore deep into the trees and will eventually kill them.

Pits in the Tree Bark

The adult female beetle uses her mouthparts to chew a pit in the bark off the tree and then lays her egg in it.  Those pits are visible on the tree trunk and branches, particularly on a very infested tree. 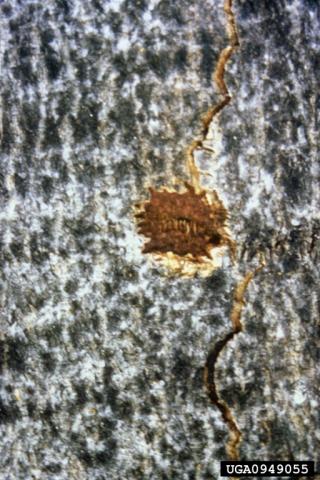 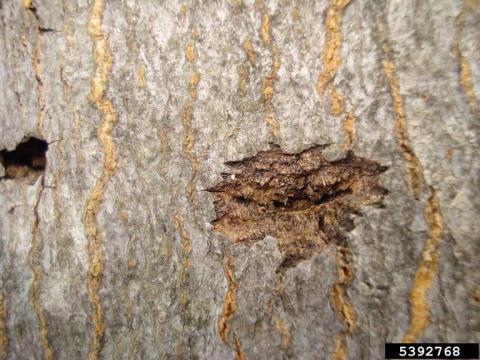 The larvae live inside the tree and cause extensive damage from their feeding.  When they become an adult, the beetle emerges from the tree leaving behind a large, round exit hole in the tree that is approximately 3/8 of an inch in diameter.  These holes can be found on the trunk and branches of infested trees. 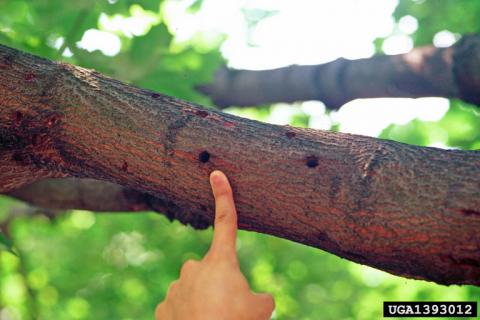 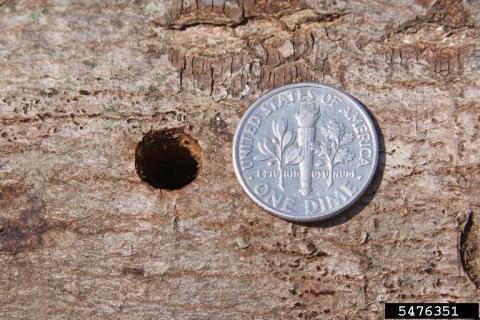 Frass is a mixture of feces and wood fibers that resembles sawdust.  This material is ejected from the tree while the larvae are feeding inside the tree.  The frass collects at the base of infested trees or in branch crotches.

Sap may also be oozing from wounds on the tree. 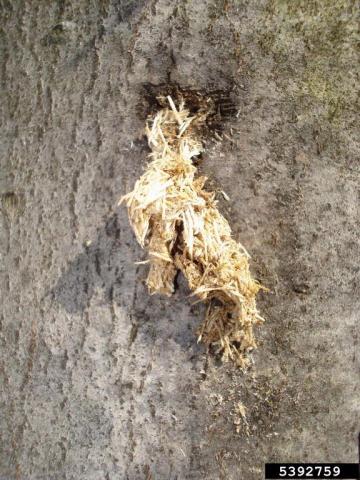 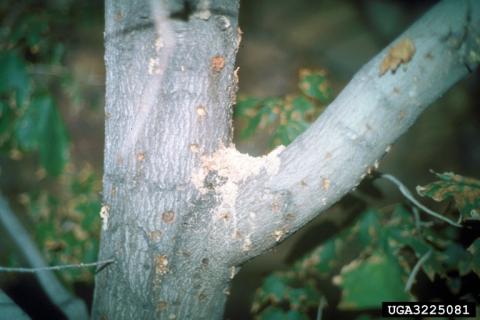 Features of the Beetle

Several features of the Asian Longhorned Beetle make it very easy to recognize.  First, it is quite large in size ranging from about 1 to 1.5 inches long.  It is a shiny black color with irregular sized and shaped white spots.  The antennae are typically longer than its body and are black-and-white banded.  The feet are black and may have a white/blue tint on the upper surface. 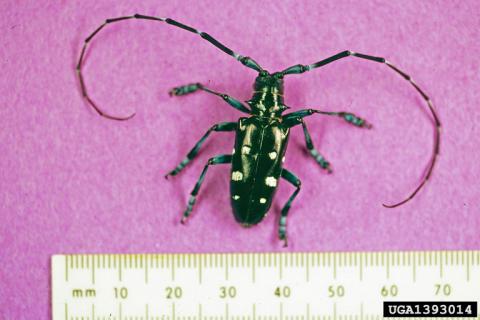 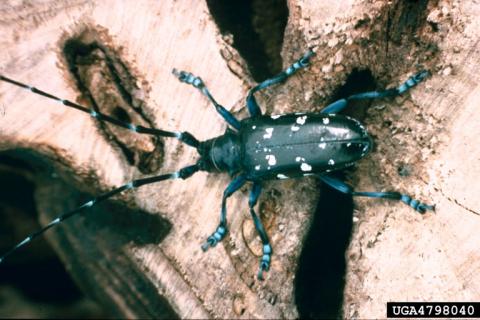 Asian Longhorned Beetle (ALB) has not been found in Kentucky yet.  In June 2011, the beetle was detected in southeastern Ohio; therefore, Kentuckians should be on the lookout for this devastating pest.  In 2020, ALB was discovered in South Carolina.

The map below, created by the USDA, shows all ALB detections and, when applicable, eradications. 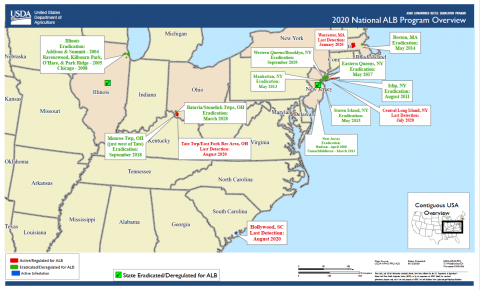 Where ALB has been found, there are quarantines in place to try to slow the spread of this pest.  The USDA maintains asianlonghornedbeetle.com which has up-to-date information about this pest, its known locations, the quarantines and other control measures that are in place, and much more.

The website www.hungrypests.com has excellent information about Asian Longhorned Beetle, Emerald Ash Borer, and other pests of concern.